This is a story about how an English major ended up being a context-driven software tester&test manager.

After finishing high school, I didn’t spend much time thinking about what I was going to do next. I knew I’d always had a knack for languages, so studying English language and literature was an obvious choice. I enjoyed my studies and I wasn’t particularly worried about the function of my education.

Strangely enough, if you happen to be an English major (or you happen to major in any other language, acutally), you tend to get a lot of crap from people (at least here in Estonia). Anytime an article appears in the press that touches upon the humanities and the “hard sciences”, the comments bash all people in humanities as if they were half-brained idiots doing something completely useless, and praising the “real science” that outweighs everything else.

I’ve never really understood the hostility but I’ve got used to it. I understand the kind of discourse behind this and whatever all the hatred stands for, I think it stems from a quasi-religious (no God around, though) binary world-view (deep belief in science).

So when people asked me the question “What are you going to do?”, they always supposed there are just a couple of paths I could take.

(Researcher at the university was the third option)

I never understood why I was only given so few options. I never felt I was limited to these choices.

So I answered that I could do anything I wanted. I meant this. I believed that my major does not define my life forever and always.

Lo and behold… I was right.

I was in my third year when an e-mail in the mailing list announced that a software company was looking for a technical writer. They required excellent English skills, some knowledge of HTML and a couple of other things. I figured I could give it a try but I didn’t really hope to get the job. So I got through the interview and I got to do the job evaluation assignment, and I was really surprised to receive the call that I was hired.

I spent the next 2 years writing documentation for the software and I learned a lot about the product, about its quality, the internal processes in our company. I also had to test from time to time because the stuff I had to write about wasn’t always working. Unluckily, there was really noone to teach me how to test, so obviously, I explored what I could find and reported the issues.

I could never not see the issues. I could never not see a sloppy GUI design and I had to get someone to fix it. I felt responsible for the quality of what I was doing and what passed through my hands. I noticed the details and small inconsistencies, usability issues and glaring misconceptions of what the programmer thought the user was thinking.

I was actually nicknamed “The Scare of Sloppy Programmers”. Oh, well… I guess it means they were a little surprised that an English major can do the job.

I can remember that it was quite a learning curve I was on. Writing skill was one thing but extracting information from programmers was a totally different cup of tea. So I learned how to ask the questions about the software and learned to dig in to the background and the integration of the component; I learned how to approach the programmers and how to establish good relationship with them. I learned to analyze the information I got and how to spot the missing pieces. I learned to look for other sources.

This should sound familiar to testers as well.

So after a little more then 2 years as a technical writer, there was some reorganization going on and I was offered the position of team lead. I was supposed to be responsible for testing and documentation.

I said “yes” and I haven’t looked back.

My decision to accept this position might have been a surprise to people (and maybe it was a little surprise to me – I didn’t take any time to think it through whereas I usually weigh my choices). But I know why I did this.

I wanted to make things better. I wanted to improve and fix what I thought needed improving and fixing.  I wanted to contribute what I had (and I knew I had something) and not just look on. I felt like I needed a challenge and so I plunged in. I knew I had to learn a lot (which I took up then and haven’t stopped – I never can) but that didn’t daunt me.

So here I am. I still love the challenge even though it may look awkward (I need to learn testing and leading a team at the same time). But my team has grown (more testers and a new tech writer), so I guess I have been successful so far.

The three day weekend which consisted of Rapid Software Testing Management course and the first peer conference of context-driven testers  in Estonia (in other words: Peers of Estonian Software Testing) was awesome. Literally. I went to work today and I was happy and energetic. Despite the fact that the days were intensive, I felt as if I had just come back from vacation. That’s what being around great people can do to you!

Also, everything that I experienced gave me the relevant kick-start to actually post to the blog I had created a while back. So I get to “blame” Oliver Vilson for inviting me to that event and convincing me that I have something to talk about, and James Bach for telling me he wants to hear more from me. The sarcastic part of me asks if this blog post is all about vanity then but it is not so. I’m sincere and I mean every word here.

What does it take to create the magic? Get great and thoughtful people together and have them share their experience with others about something that really matters to everyone involved. I truly hope the magic will last and I hope I can contribute to it as well.

The most important gains for me were

Special thanks goes out to Rasmus Koorits and Indrek Kõnnussaar for making me rack my brain. It felt great and I realized I had also been losing some of my edge (similar to Rasmus’s experience story except it happened to me at work – so beware!). I also learned something about how the wheels in my head turn.

Eventually, one of the most important thoughts I took with me was about my background and its value. But that’ll be another blog post. 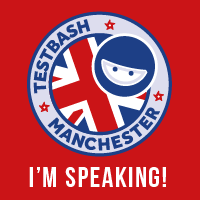 Follow The Pain and Gain of Edward Bear on WordPress.com

This blog by Helena Jeret-Mäe is licensed under a Creative Commons Attribution-NonCommercial-ShareAlike 4.0 International License.